Did you know these famous faces were Scouts?

From celebrities, to entrepreneurs and even royalty. You may be surprised to discover that these famous faces were involved in Scouting.

Home / Blog / Did you know these famous faces were Scouts?

The Scout Association is an international brand known around the world for teaching young people skills for life, building friendships and setting them up for the future.

There are a number of recognisable faces from; celebrities to entrepreneurs and even royalty that have once been a member of the Scouts or volunteered with them before they became household names.

How many did you know were involved in Scouts?

The musical icon was a member of The Scouts growing up in Kent and even played his first musical performance at a Scout camp on the Isle of Wight in 1958 with the 18th Bromley Scouts.

He returned to the Isle of Wight to perform throughout April 1965 and then again for his last ever UK performance in 2004.

It seems that many famous faces in the music industry joined Scouts before rising to international stardom. The two Beatles supposedly ended up at the same Scout camp together in 1957!

Another famous David who was a Scout growing up, is legendary footballer David Beckham. He followed in his grandfather’s footsteps and joined as a Cub Scout.

Sir Richard Branson, the entrepreneur known for his Virgin empire, was once a member of the Scouts, and it’s possible that being a part of The Scout Association is where the mogul’s philanthropic side stems from.

He said of his experience, “Scouting was great fun. I learnt a lot and I don’t think I could have done without it.”

He was the first British astronaut to walk outside the International Space Station in January 2016, and also ran the London Marathon from the treadmill onboard the ISS.

Now he has his feet planted firmly back on earth, the former Cub Scout credits being a Scout with preparing him for space.

Last year, he tweeted, “Scouting was the first step on a journey that led me to becoming an astronaut… and more importantly a Lego minifig ;)” – keep aiming for the stars Tim!

The President of The Scout Association is currently Prince Edward, The Duke of Kent and Her Majesty the Queen is Patron.

More recently, the Duchess of Cambridge volunteered with a Cub Scout pack when her and Prince William were living in Anglesey and often participates in commemorating special occasions with groups around the UK – an interest which comes from her being a Brownie during her childhood.

Excellent team who have provided me with exactly what I wanted. 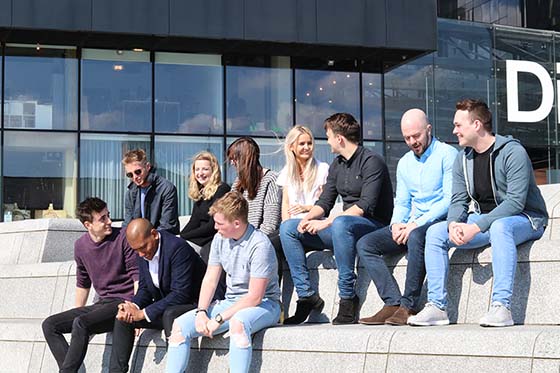